Do you know the place where all of us are labeled as ‘nikamma’, ‘useless’, ‘jobless’, and ‘characterless’ among others? Well, it’s the colony clubhouse, at kitty parties, by a paan shop or during a soirée when several like-minded people gather to sip on their favorite beverage and do some gup-shup and chugliyaan.

Even though not everyone uses this social skill negatively, it’s something that is even worse than a pandemic. According to Pope Francis, gossip is “a plague worse than COVID.” The Pope on Sunday condemned gossiping and said that “the greatest talker is the devil,” reports CNN.

During his weekly blessings, he diverted from his speech and talked about gossiping within church communities and even within Vatican City. 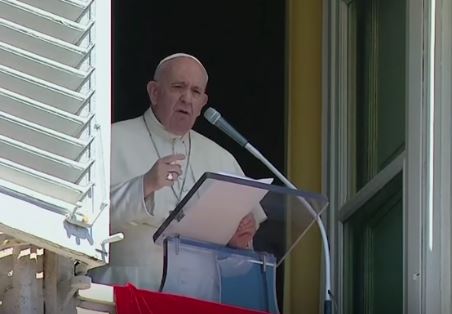 “The biggest gossiper is the devil who is always saying bad things about others, because he’s the liar who tries to disunite the Church, to alienate his brothers and to not create a community.”

The 266th pope also urged the people to make an effort not to gossip, reports Mirror UK.

“Please, brothers and sisters, let’s make an effort not to gossip. Gossiping is a plague worse than COVID. If something goes wrong, offer silence and prayer for the brother or sister who make a mistake, but never gossip.”

He commented so while elaborating on a Gospel passage about the need to correct others privately when they commit something wrong.

Well, Pope Francis had also reiterated on the evils of gossiping in 2016. “If you get an urge to say something against a brother or a sister, to drop a gossip bomb, bite your tongue! Hard!” he had said.

The supreme pontiff does have a point. What do you think of this? Tell us.

It’s not the first time Francis has made such strong remarks on gossip — in 2016, he warned priests and nuns not to fuel the “terrorism of gossip,” encouraging them to resist the temptation to spread voices and tales within their community.”If you get an urge to say something against a brother or a sister, to drop a gossip bomb, bite your tongue! Hard!” he said.

He returned to the topic in November 2018, telling pilgrims in St Peter’s Square that gossip kills “because the tongue kills, like a knife,” according to a statement released at the time by Vatican News, the Holy See’s official press website.

The pandemic radically changed the way the Vatican operates, forcing the Pope to celebrate Palm Sunday mass in an empty church. After months of lockdown, worshipers returned to St. Peter’s Square in Vatican City at the end of May.The Pope held his first public audience since the pandemic began on Wednesday and used the event to call for solidarity in battling Covid-19.